Zero points from six games, none scored since May 14th, and thirteen conceded, one manager gone already. If it wasn’t this early in the season then Crystal Palace would be considered pretty much a Championship team, if they aren’t anyway.

Frank De Boer was sacked after just five games and 77 days in charge, but former England manager Roy Hodgson doesn’t seem to have made a big difference. After losing 5-0 to Manchester City at home yesterday, and an away trip to the red side of Manchester coming up this weekend, hosting defending champions Chelsea the following match, there doesn’t look to be much hope for Palace, at least for the foreseeable future.

The former Ajax manager was expected to develop into a very good Premier League manager, after reaching the final with Ajax last year and playing good-looking slick passing play, however, Palace were unprepared to be patient with the Dutchman. Chairman of the London club, Steve Parrish, had tweeted just a few days before the announcement “We are four games in, it’s a terrible start but we have to stick together”, but it seemed that a 1-0 loss at Burnley was enough to sway his mind. 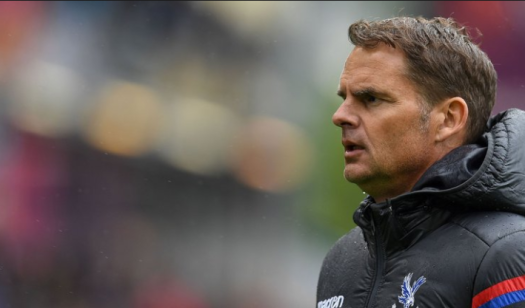 A BBC poll said that just 17% of participants agreed with the Eagle’s decision, however, quick-fire management-sackings have almost become the norm in modern football, so we can hardly say that we are surprised. Leicester ruthlessly sacked the title-winning Claudio Ranieri after a lacklustre start to his second season, and Chelsea relieved Roberto Di Matteo of his job just six months after taking charge permanently after winning the Champions League and the FA Cup as caretaker manager.

Personally, I don’t think that Roy Hodgson was the right move for Palace. His sides are too slow, cloggy and unambitious. They needed someone who could come in, utilise the pace of Zaha and Sako and the height and venom of Benteke, and create a side who play good football and are hard to defend. Big Sam Allardice did OK for the Eagles last term, but they will have wanted to build on that and improve, hence the appointment of Frank De Boer. Frank De Boer, in my opinion, would have been the perfect fit for palace had they given him time.

Today, Palace were destroyed by the same rampant Manchester City that have beaten Watford 6-0 and Liverpool 5-0 in their last two league games and sit top of the table. However, although the scoreline may contradict me here, there were some good points. Palace looked solid and organised for the first forty minutes, and only an absolutely brilliant goal from Leroy Sane could break them down. The bad part is that after that it was all downhill. If they want to gain anything from Old Trafford next weekend, even a goal, against an unbeaten Manchester United Palace will need to be more than defensively compact. We’ve seen how good United are at breaking down stubborn defences this season, and, unlike last season, sides won’t be able to go to Southern Manchester and frustrate the home team and get a draw. Palace will need to not only be absolutely impenetrable at the back, but ruthless and efficient in attack, and creative in midfield.

So, were Palace right to sack Frank De Boer? And was  Roy Hodgson the right replacement? Leave your opinion in the comments below.

If you enjoyed the post then please do leave a like. Leave any comments, queries or questions in the comments section below. If you want to see more from the dugout and be told first when I post new content, then you can subscribe, just enter your Email address into the widget on the home screen and you are good to go. It’s totally free! There will be a new addidtion to the “Stadiums reviewed” series next weekend, so stay tuned for that.

Join 195 other followers
Follow In the dugout on WordPress.com