Matic has a history of working with Jose Mourinho, winning the league back in 2014/15, working as a key cog in Mourinho’s midfield, blocking out any oncoming attacks before they can amount to anything. Last season, the limelight of Chelsea’s midfield was more on the surprise of new signing N’golo Kantè continuing on from his success at Leicester the season before, however, as shown in the more obscure stats, he was vital, and their super-successful season would certainly have not been as defensively sound should he not have been there.

Matic could be the perfect signing for Man United though, providing some much-needed support for the defensive line, and completing their midfield. Last year, United had to rely on players like Ander Hererra and Marouane Fellaini to provide in that position, players who would prefer to be playing much higher up the pitch, rather than being able to trust an experienced, mobile defensive midfielder. Michael Carrick also had a few stints in that position, but he just didn’t have the pace and mobility of a player like Matic to really link the three parts of the side.

Having a defensive midfielder to do all the dirty work could also help other midfielders in the side progress and really flourish. World-record signing Paul Pogba’s success was hampered last season by his expectation to get back and do the dirty work, rather than controlling the tempo like he would have at Juventus.

Ander Hererra will also have a different job in the coming season. The Spaniard won the club’s player-of-the-year award last season, and his tough tackling, precision passing and raw passion and desire on the field earned him the adoration of the fans and the management, and him linking up with Matic to provide defensive solidity could prove vital if United are to challenge for the title next season. 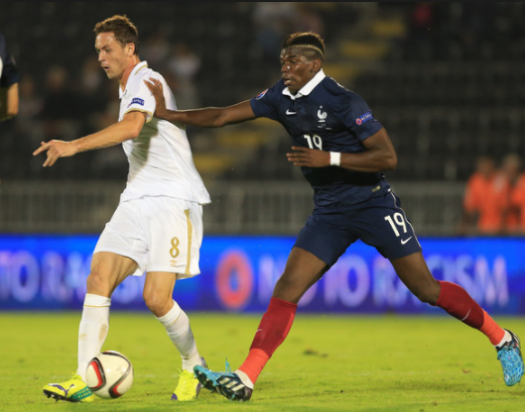 I can see the first choice side being a 4-3-3 or a 4-2-3-1, with Matic and Hererra at the spine of the midfield, with Paul Pogba playing slightly ahead of them. Then, Lukaku up front, with Rashford and either Martial, Mkhitaryan or Mata on the wings.

I think United could still do with signing a left-back, and maybe a new winger (Perisic?) to really complete their parts of the squad that are lacking. Jose has said that he gave Ed Woodward (Vice-Chairman of Manc United) a four-man list that should be acquired this summer, so, after three signings, there should still be one to come. Who will it be? Leave your opinion in the comments section below.

To conclude, Nemanja Matic could turn out to be the signing of the summer, linking up with Jose Mourinho, and providing Man United with the vital help at the back, which could really help them push for the title.

You can still join my fantasy football league, the invite code is 973676-233557. My tip would be to sort out the more expensive options first, and early on in the season before they get expensive. Get a couple of big names (I went for Lukaku, Morata and De Gea), take a few risks (mine were Anthony Knockaert and Nacky Wells) and then play it safe with the rest, just players you know will get you a steady stream of points, EG Fabregas and Vertongen.

If you enjoyed the article please leave a like, it’s my birthday tomorrow so even just for that then that would be great, and share it with your friends too. Leave any comments, questions or queries in the comment section below, and if you want to see more from the dugout, and be alerted when I post new content, then please follow the site, just go to the homepage and enter either your Email address on the widget, or follow the site with your WordPress account. There will be a new post out at the weekend, so stay tuned!